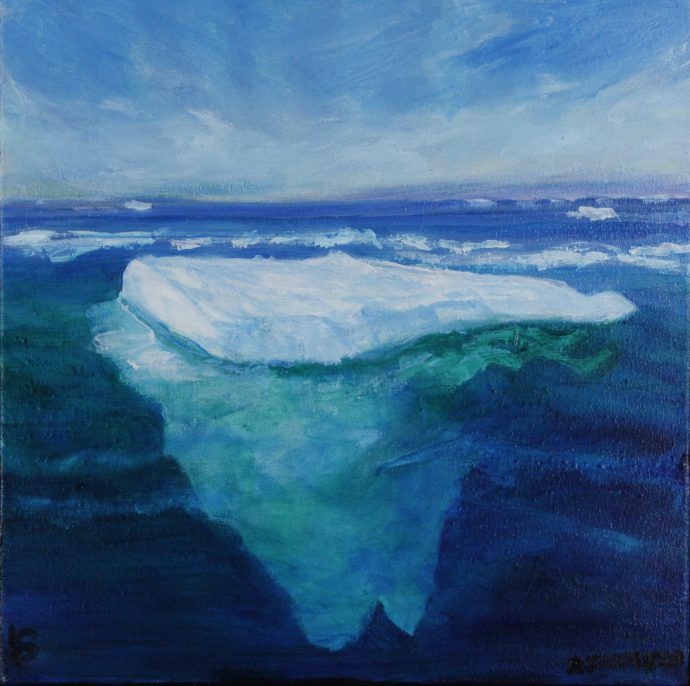 In August 2008 I had a remarkable experience to travel onboard the Akademik Ioffe, a retired Russian research vessel, along the coast of the Canadian High Arctic and Northern Greenland. Most days I kayaked with other hardy adventurers, exploring the gentle shores and remote bays, skirting massive cliffs, glaciers and icebergs of unbelievable sizes and shapes. We experienced all kinds of weather – sunshine, fog, rain, snow, wind, tumultuous seas and seas as smooth as glass. Although the vegetation was absent or scarce, we were amazed by the sheer number of breeding birds and the richness of the fauna — muskoxen, narwhals, seals, walruses and magnificent polar bears coping with their hungry season. Even more amazing are the people who make their home in this rugged environment–the Inuit and some hardy folks from the south, living in some of the world’s most northerly communities, including Arctic Bay, Pond Inlet, Grise Fiord and Resolute Bay in Canada, and Qaanaaq in Greenland.

As an artist, I sought to bear witness to the splendour of the polar regions before they are lost forever due to climate change. Sea Change not only provided me a unique subject matter that I was passionate to paint but it offered a way of expressing and communicating issues about climate change. In over a decade since my trip, much has changed.